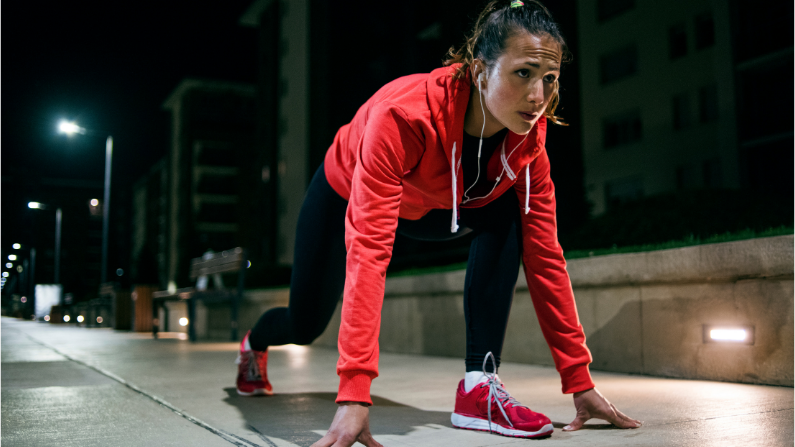 When it comes to smashing goals, is self-discipline your culprit? Do you ever feel motivated to workout but STILL don’t do it?

Is self-discipline your culprit? Do you ever feel motivated to workout but STILL don’t do it?

What’s up with that?!

Sometimes we have a goal and the best intentions, but it still can’t seem to put things into action.

Or sometimes, we do put things into action, and it doesn’t turn out as we planned.

The struggle is real…

Over quarantine, I’ve been thinking a lot about what helps to motivate me into action, stick to a plan, and get results.

People think they need to be motivated to exercise, eat healthier, prioritize sleep, get a promotion, etc.

Are those that enjoy fitness, healthy food, and hard work just born lucky?

Are athletes and CEOs more motivated than the rest of the population?

Genetics and upbringing play a part, but that’s not the full story…

Motivation is only part of reaching a goal. The next step is developing consistent self-discipline.

Self-discipline is the ability to control and motivate yourself, stay on track, behave according to a set of standards you set, and stay on track.

Cultivating self-discipline requires training your mind like you train your muscles at the gym.

The next time you see a successful person who achieves a goal, think, don’t think, “they must have really wanted it,” “they were just in the right place at the right time,” or “they are gifted.”

Instead of making excuses for their success to make yourself feel better, try asking the question – “What did that successful person do to correct and regulate their behavior to achieve their goals?”

When I was first training Muay Thai, I asked an accomplished fighter what helped him win fights. He replied, “Cardio. I run 3-5 miles every morning before breakfast.”

So I started running in the mornings. Yes, it sucked at first. I didn’t have instant runners high, and I wasn’t particularly fast or good at it, but I did it anyway.

I started by running one mile three times a week, and then I upped it to two miles, then three. When I was running 5k’s regularly, I added a day of sprints, then two days of sprints. I was now running five days a week.

After a few months, a weird thing happened. I woke up on Saturday, a day I usually took off from running, and thought, “It would be nice to go on a run today.”

I had come not just to tolerate running through daily practice, something I disliked at first; I actually enjoyed it.

How did this happen?

I had been flexing my willpower muscle each time I woke up, put on my running clothes, and tied my shoelaces. Over time running was no longer a chore. It has become a habit. Just something I did when I woke up. My brain didn’t need to think about it too much.

Because I got rewards from activity, better cardio, easier pad work sessions, some good endorphins here and there, feeling accomplished, I began to look forward to my runs. 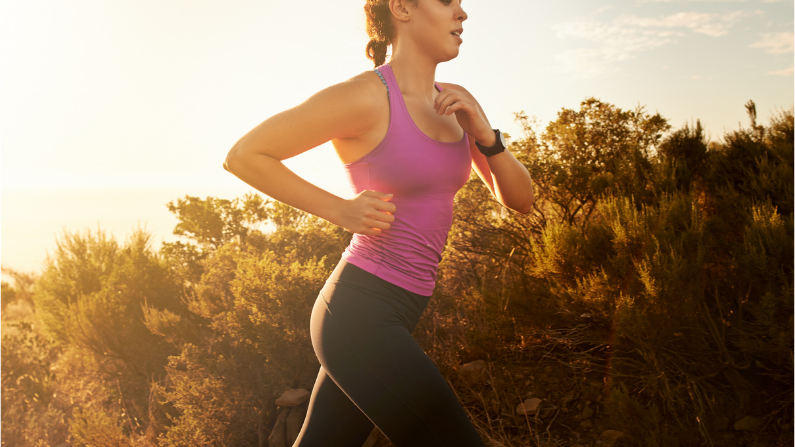 THE SCIENCE OF SELF-DISCIPLINE

How did I gain the self-discipline to run five times a week and eventually like it? Small, daily “willpower workouts.”

Willpower is an evolutionary characteristic we developed to help us ignore instinctive instant gratification and focus on long-term goals. As a species, willpower has helped us become a more educated, career-focused society.

Scientists have proven that delaying our gratification has considerable benefits and that we can increase our self-discipline with practice.

Roy Baumeister, one of the pioneers of willpower and self-regulation research, coined the term “ego-depletion.” According to Baumeister’s research, when we use willpower, there are changes in our nervous and cardiovascular systems.

No, you’re not going to fit into your goal jeans by using your willpower muscle randomly to burn calories unless the self-discipline you’re harnessing is meal portion control and daily exercise.

Understanding how willpower function is crucial to developing self-discipline because willpower can be a limited resource.

To help you exercise self-control, eating regular, healthy balanced meals with adequate protein, healthy fats, and minimally processed carbohydrates will certainly set you up for success.

Keeping our blood sugar stable with a healthy diet means our willpower reserves are bigger!

Hungry? Having a blood sugar crash after inhaling a donut for breakfast? Willpower will be in a lower supply. 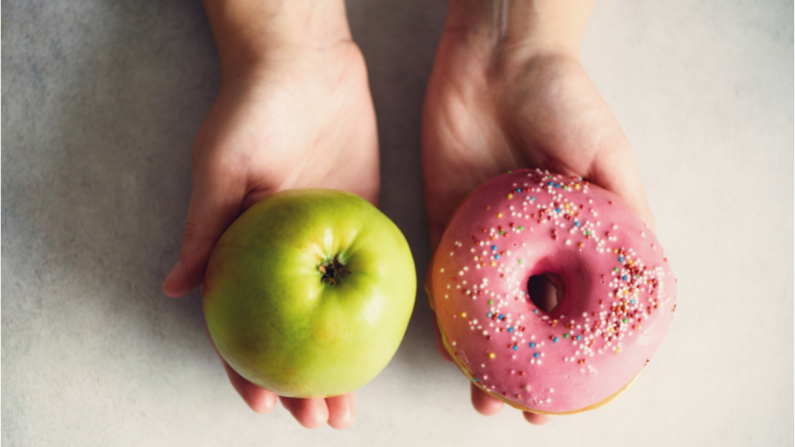 Baumeister also found that willpower has limits. It works much the same way that muscular strength and endurance works.

You have enough in your willpower “gas tank” to complete a few acts of restraint a day, but with each exertion, willpower strength decreases.

I was train myself to run first thing in the morning, but would I have been able to do it at the end of a long hard day of exercising my willpower muscle in countless other ways?

As a coach, I noticed that clients that enjoyed working out in the morning were, on average, more consistent than evening exercises.

Don’t stress if you’re not a morning person!

You can develop the habit of evening workouts. However, if you’re finding it hard to stay consistent, you may need to minimize your stress and willpower flexing during the day until your new exercise habit is set.

Advertising agencies also found this information useful. How many food commercials do you see on TV at night when you are tired, hungry, and depleted from your day?

Advertisers aim to get you to order the pizza or eat the whole bag of chips when you have little willpower left, you’re hungry, and too spent to cook.

Being self-disciplined required attention to our daily stress and energy. 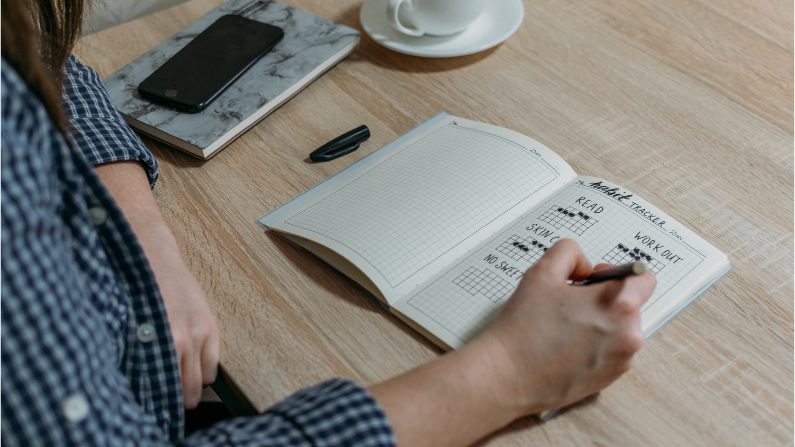 We use small acts of willpower daily.

We wake up when our alarm goes off. We do parts of our job like we don’t like. We get a salad for lunch. We bite our tongue at the work party rather than say something that will get us fired.

All these little choices require different amounts of energy and willpower.

We often think of willpower only when it comes to avoiding what’s bad for us, like junk food, cigarettes, or that ex-that you really want to drunk dial after downing a bottle of wine by yourself on a Caturday night.

However, we also use willpower to perform new behaviors and ways of thinking.

Turning down a doughnut means your brain had to decide something else was more important than delicious sugary carbs and fat, like not feeling bloated, having better energy, losing weight to feel confident, etc.

Self-discipline only works to form new habits when replacing one action with one that gives us a similar reward.

To work on our anger issues, we might take some deep breaths when we feel like punching someone.

To avoid eating comfort food, we might call a friend for support.

Our bad habits exist due to immediate rewards. To develop self-control, we have to plan our behavior changes, not just deny and deprive ourselves, while also taking into account when our willpower might be weak. 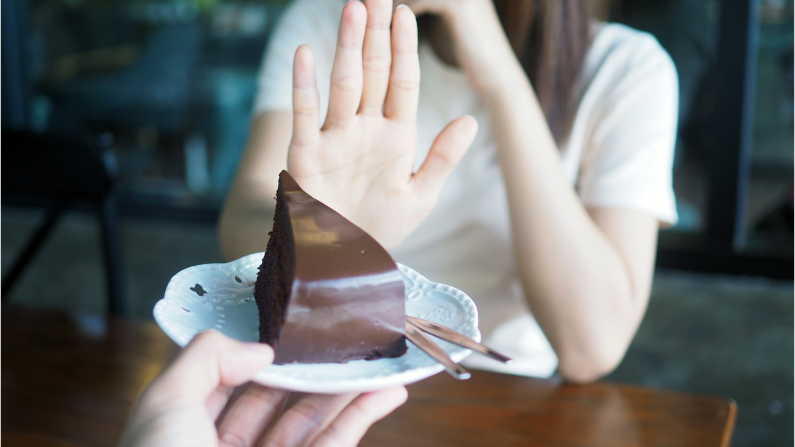 If you turn down pastries for breakfast on a particularly stressful day, you may have more trouble not rolling your eyes at your manager later.

If work was particularly demanding, it might be harder to refrain from nagging your boyfriend about the socks on the floor when you get home.

If you skip lunch because you are trying to lose weight and then decide to do some online shopping on your break, you might end up with yet another pair of black shoes you don’t really need.

In a 1999 study by professor Baba Shiv at Stanford University, students were divided into two groups to study cognition and consumer choice.

The students with seven digits to remember were nearly twice as likely to pick the chocolate cake.

The cognitive-load of just trying to remember seven digits can affect your willpower. How much do you have to remember, concentrate on, and juggle in one day?

With everyone’s life full of responsibilities, stress, and busyness, is it any wonder we gain weight over the Holidays and most New Year’s resolutions fail?

Imagine you just performed five sets of heavy squats, five sets of heavy lunges, ran 2 miles, and then someone asked you to do 1,000 kicks. Could you? Maybe? If you’d been training for that goal and you were insanely fit, but chances are you’d tap out in the run or after a few dozen kicks. 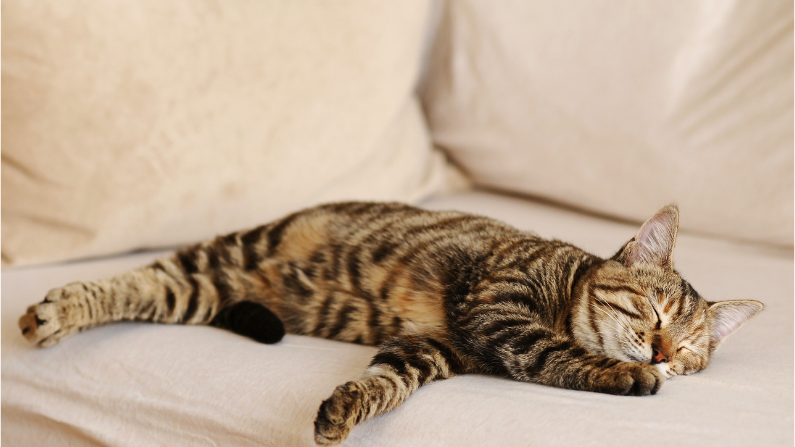 A full night’s rest, 7-9 hours for most, and you will wake up with a new tank of willpower, ready to say no to cake and hit the gym!

When was the last time you made healthy life choices drunk? Yeah, me neither.

Getting less than six hours of sleep per night is considered sleep deprivation, leading to poor focus, lack of motivation, and generally more shitty choices throughout the day.

If you want to increase your self-control, prioritize these three things:

To streamline self-discipline, if you’re not sleeping at least seven hours a night or eating regular, balanced meals, tackle each of those goals first.

Like muscles, Willpower can be trained to perform more frequently, increasing its strength and endurance, as long as you prioritize rest and fuel yourself properly. 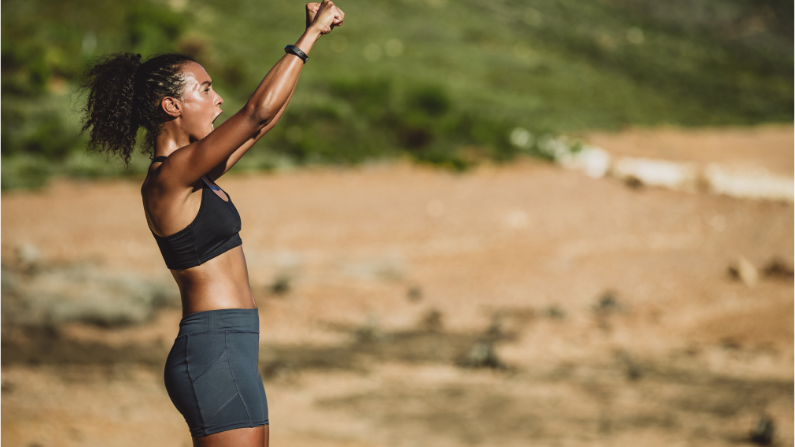 THE POWER OF ONE

I’ve witnessed clients who use willpower to achieve fitness goals, gaining improvements in other areas of their lives like anger management,  better relationships, eating healthier, moderating alcohol, and even improving productivity at work.

I’d had multiple clients tell me they got promoted at work after sticking to their workout routine for several months.

If you strengthen your willpower muscle with a single habit change, you’ll be able to take on more challenges in all areas of your life.

A study by Duke University researchers of more than 1,000 young adults who were followed from birth to 32 years old found that those who scored high on tests for self-control when they were three years old were far more likely to be healthy and financially prosperous as adults than those who did poorly on the self-control tests as children!

Your willpower is not a superhero with hulk strength at all times. Take it one small habit at a time.

In January, if you’re tempted to make a New Year’s resolution list this year, do yourself a favor and rank it by importance and impact.

Then, only work on one change or new habit every 30-60 days, preferable when you’re not working 12-hour days and lugging around a ball of stress the size of a large giraffe.

If we see life as a battleground where many things are off-limits, and we hold ourselves to impossible standards, we will use up all our willpower fuel before mid-day.

Find one thing you want to be more disciplined about. Sleep and eat well and practice exerting your willpower on that ONE small change.

Keep doing that one hard thing until it’s easy. With most people, this is 30-90, depending on how drastic the change. Once your new behavior is a habit that doesn’t require as much effort, tackle a new change that does.

You’ll be surprised what you can accomplish in a year.

This site uses Akismet to reduce spam. Learn how your comment data is processed. 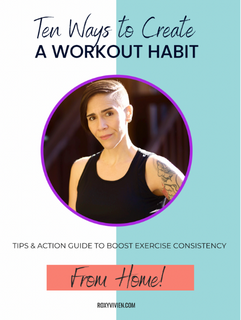 10 WAYS TO CREATE A WORKOUT HABIT AT HOME

> Get Fit, Strong, and Confident From Home!

Opt-In to connect! — Get the free guide sent to your inbox. - x Roxy

Success! Check Your Email for the Guide :)

Thanks for reading :) x Roxy